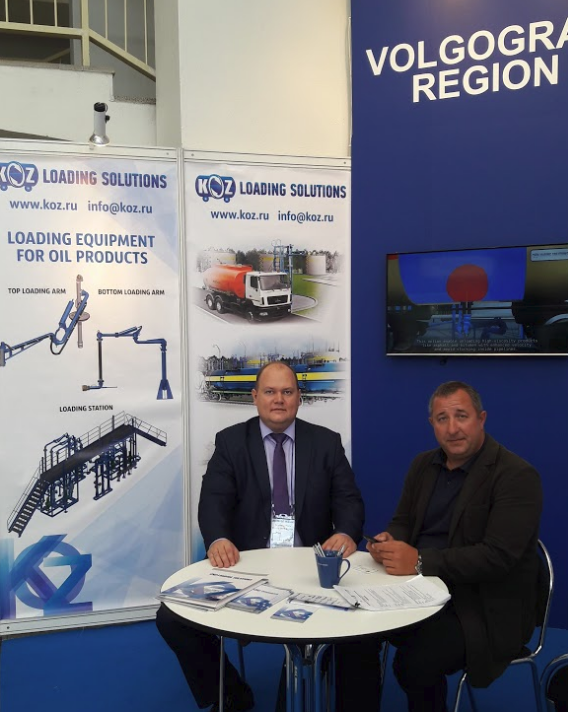 Export Support Center of the Volgograd Region has formed a delegation consisting of the representatives of three enterprises. Their production is represented at a joint booth at the 59th International Engineering Fair MSV 2017 which has opened today in Brno.

The delegation participation from the Volgograd Region in the MSV 2017 exhibition is realized in the frameworks of the programme on support of export-oriented enterprises carried out by the Economic Policy and Development Committee of the Volgograd Region and the regional Export Support Center.

Volgograd region businessmen are planning to participate in a number of negotiations, В2В meetings and present their companies of the specialized Round-tables of the Exhibition which will work until October, 13.

The International Engineering Fair MSV 2017 takes place in Brno (the Czech Republic) annually starting from 1958. It is considered to be one of the leading European engineering fairs and the landmark event for the whole industrial complex of Eastern and Central Europe. More than 1800 exhibitors and over 75 thousand specialists from 60 countries participate in the exhibition annually.

The systematic work is being carried in the Volgograd Region out on non-resource exports support, and assisting small and medium-sized enterprises in terms of entering new markets. These issues are among key priorities for regional authorities. In December, 2016 governor Andrey Bocharov and CEO of REC, JSC Petr Fradkov signed a cooperation agreement. Thanks to it the region raised 12 mln Roubles for export-oriented enterprises support.

In August this year Volgograd Region Business Incubator and Russian export Centre have signed a partnership agreement aimed at deepening of mutually beneficial cooperation in export activities promotion in the Volgograd Region. The REC company point of presence in the region is Export Support Center — a business unit of the region Business Incubator. Since the beginning of 2017 the Center has supported more than 300 businessmen willing to enter international markets. In particular, a business mission to Belarus and work of joint booths of the region enterprises at two largest international fairs were organized.